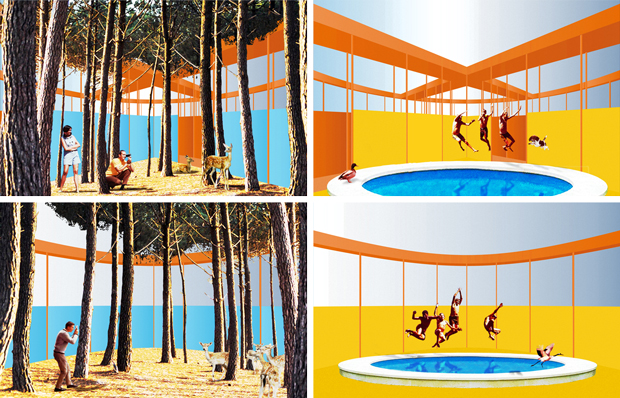 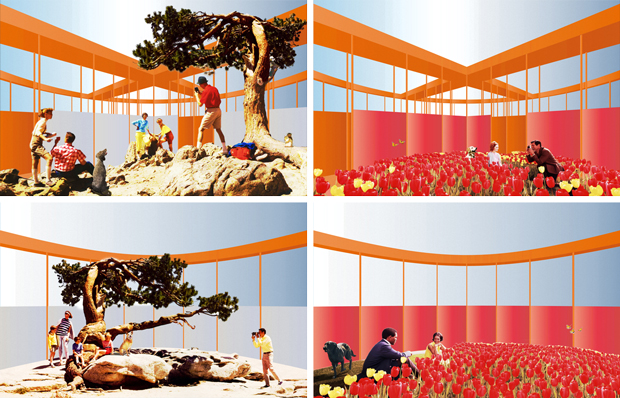 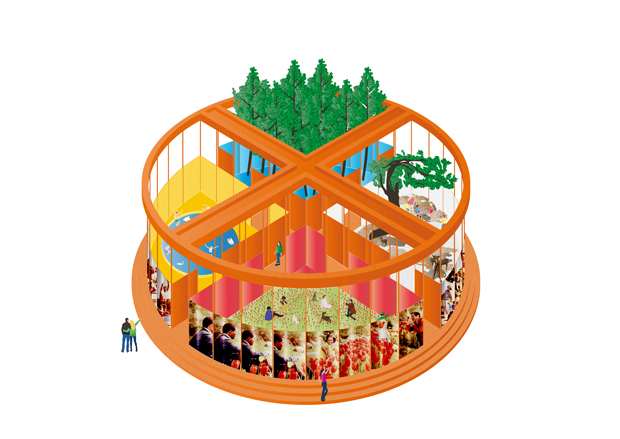 description:
A living Colorama it’s a circular metal structure that hosts inside 4 dioramas/ecologies typical of the U.S. landscape. The facade of this device is composed of a series of panels that project the movement of people and animals inside the diorama rooms. The title refers to Colorama, the large photographic display located on the east balcony inside New York City’s Grand Central Terminal from 1950 to 1990. Here the Colorama it’s interpreted as cinematic because it investigates a new idea of coexistence between Human Beings and Nature and it observes  The City of The Future into public spaces.