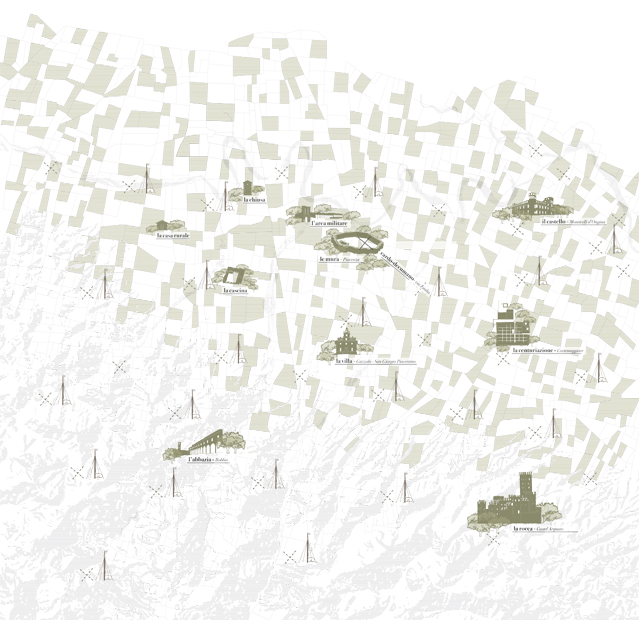 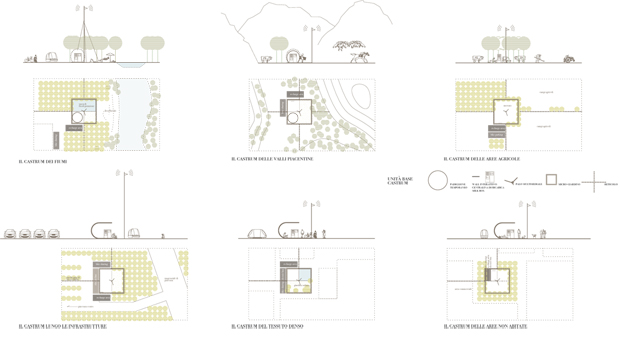 Since the days of the Romans, when the “castrum” the castrum was erected in defense of the land of conquest of the Empire, every age has produced its forms of supervision and control, expressing from time to time form and function to the organizational logics and to the needs. The founded cities, as the fortified cities, located in the plain to defend the ford of the Po. The system of castles and fortresses as a system of control of the territory of the valleys; abbeys and monasteries, together with farmhouses and manor houses, as elements of organization and preservation of the agricultural land. The locks along the rivers as safeguard of the waters.
The project is set up as Castra Placentiae new supervision of Po Valley environmental system. The principles of construction of Castra Placentiae are similar to those of the systems of supervision that have taken place in the time-organize the territory.
Castra Placentiae is defined by a grid, starting from the original axis of the cardo and the decumanus, covers the whole territory and organizes space in equidistant and equivalent areas. At the intersections of the grid are placed castra, nuclei of organization of mobility system, public services and urban activities, real new nerve centers of the District of Piacenza.