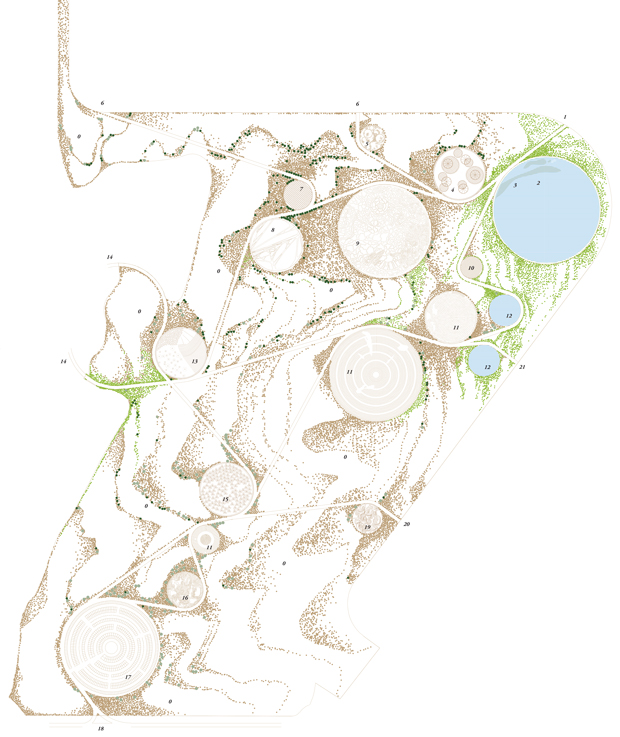 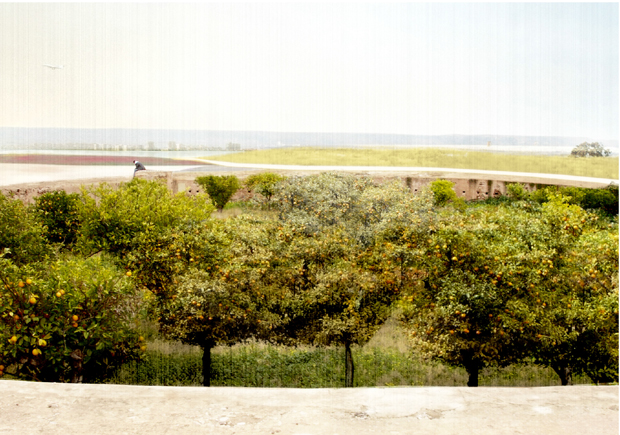 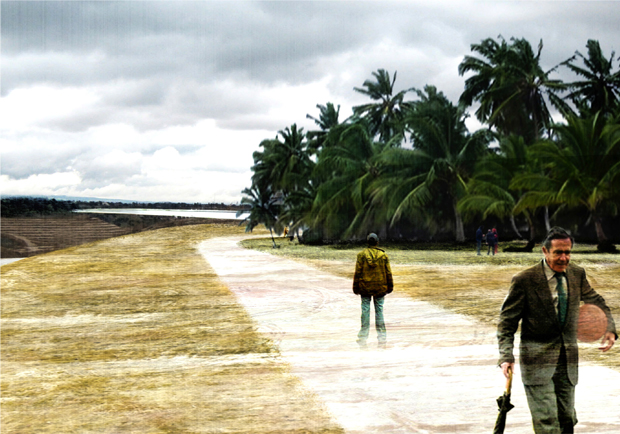 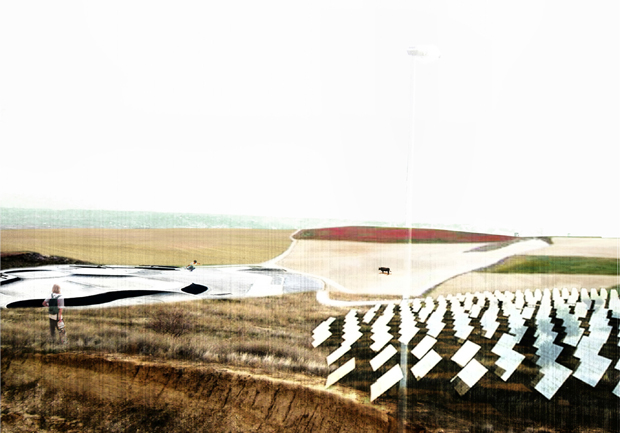 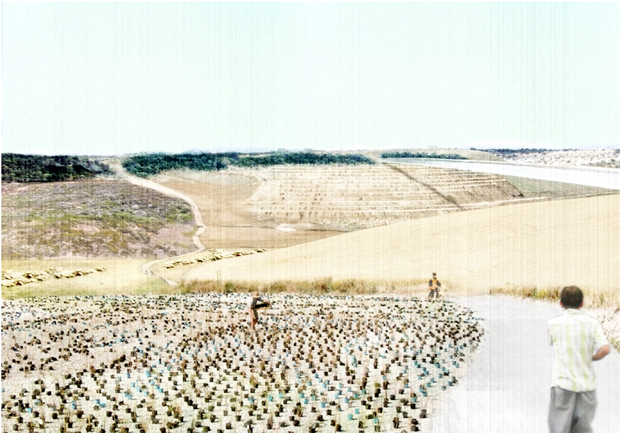 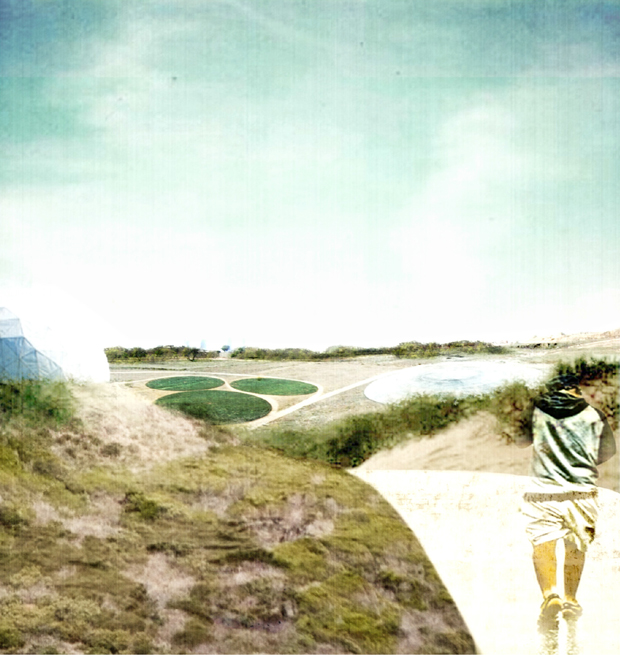 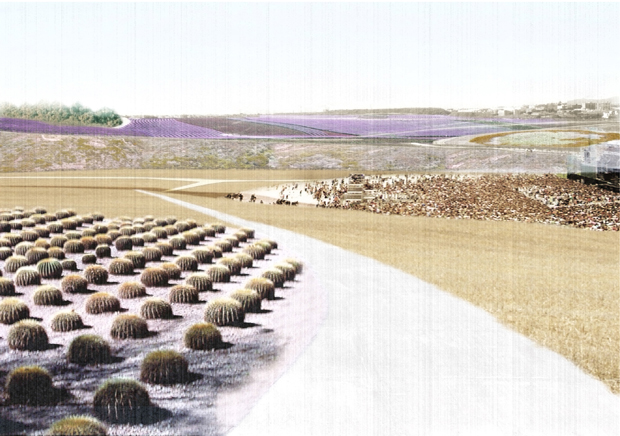 The development of Madrid’s region is historically based on two dierent rivers: the Manzanares and the Jamara, each one characterize his own surroundings with a separate vocation.
The Manzanares river marked an urban/residential development: from the Monte de el Pardo, all the parks along his axis are city parks (Parque del Oeste, Caasa de Campo, Campo del Morro, Parque del retiro, Parque Enrique Tierno Galvan, Parque del Manzanares).
Instead the Jamara river zone has an agricoltural tradition: leading south to the Tago, the area is marked by vast agricultural cultivation, many of them in a circular shape  striking the Meseta vegetation.
As the competition area belong to the Jamara river zone, the proposal decided to respect his agricultural (abandoned) vocation both in the selection of the vegetation and in the shape of his conguration.
The proposal investigates the possibility to merge and integrate the various areas of the Valdebebas Urban Park both on a physical and programmatic level.
The aim is not only to design a park, but to establish an integrating process that will guide and inform the site’s development over the next 20 years.