Noah’s Arks: an harbor inside Manhattan 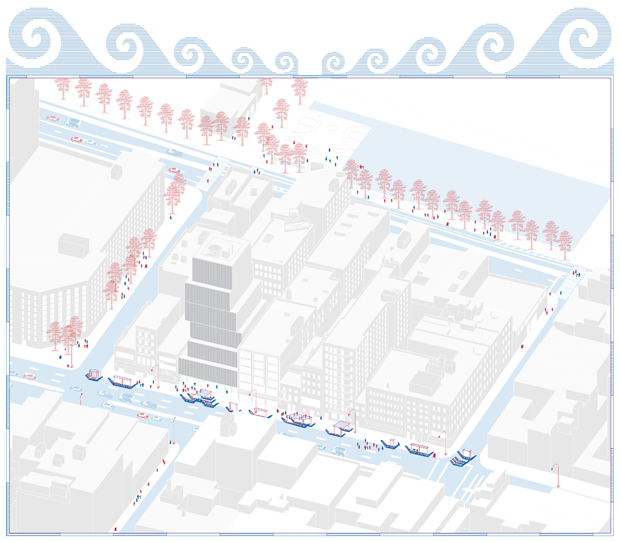 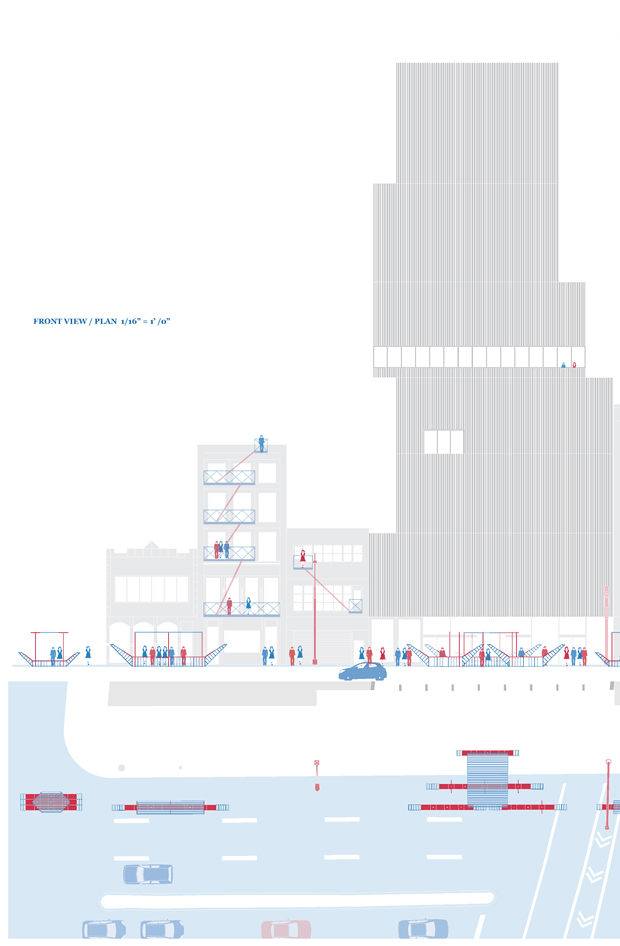 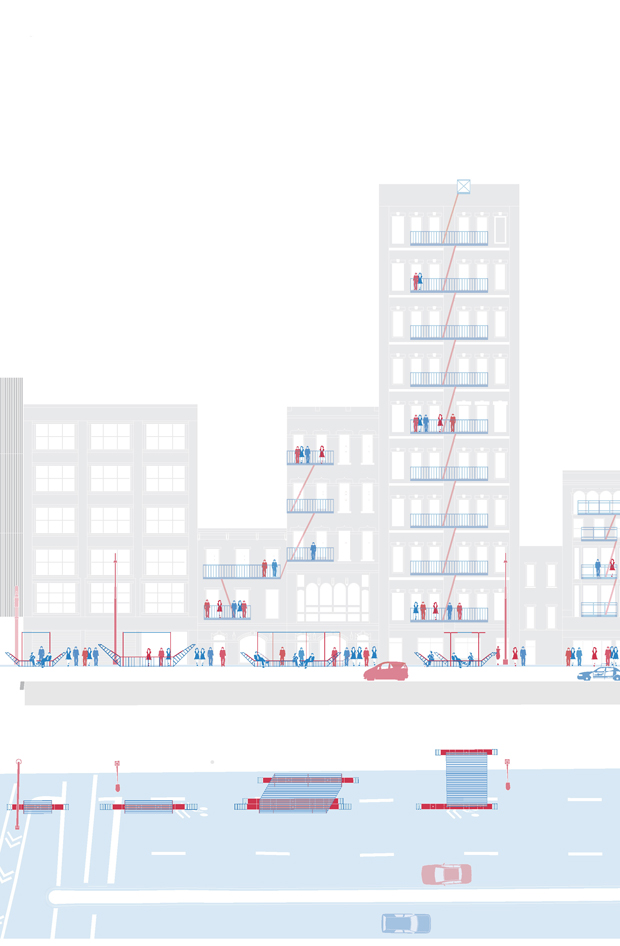 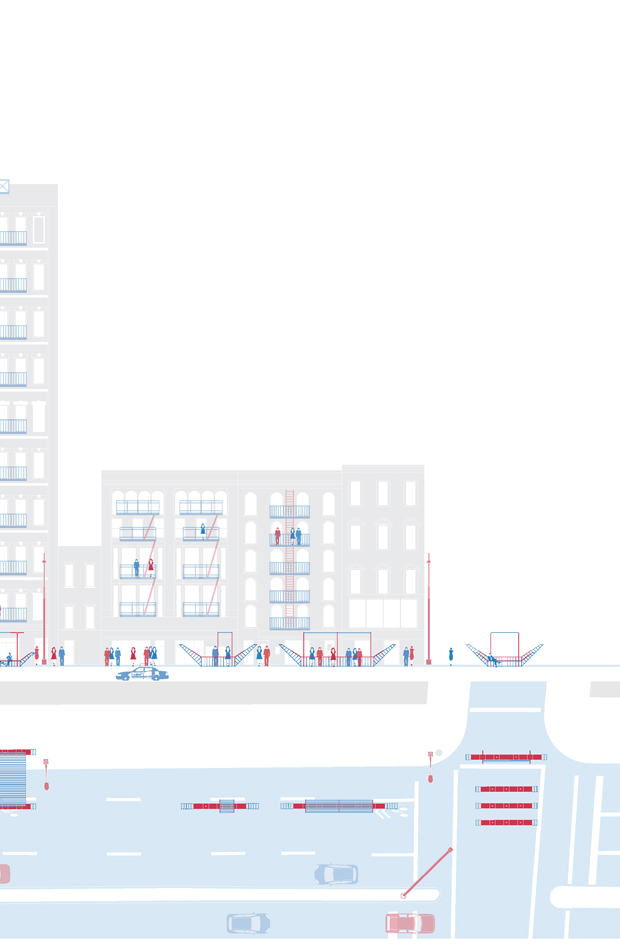 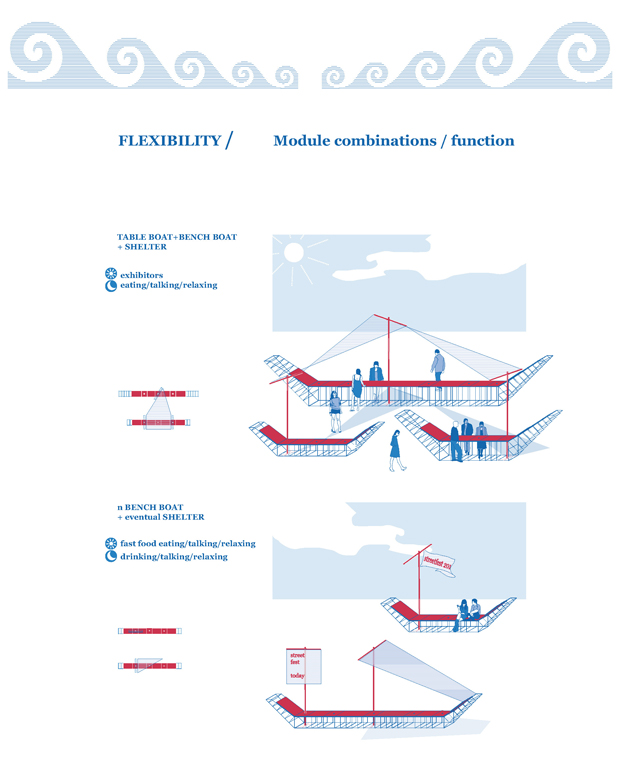 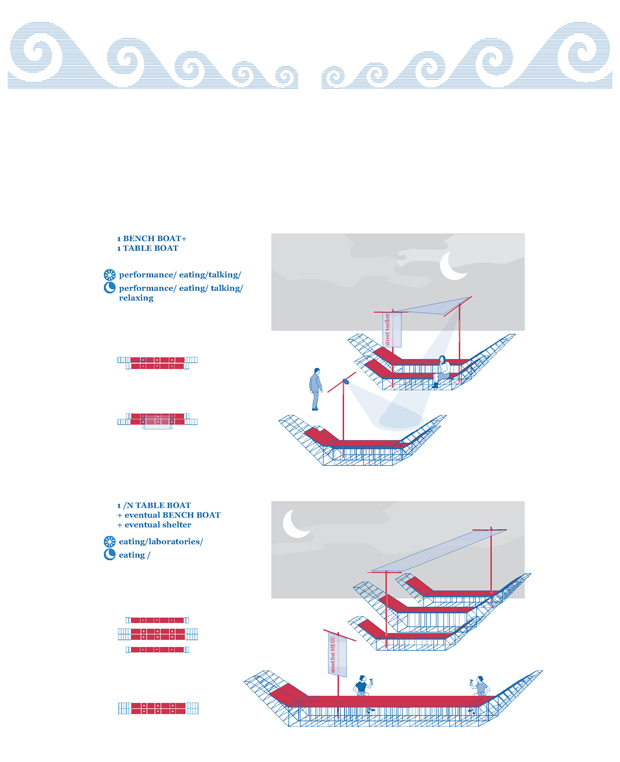 description:
In a world with no natural obstacles anymore, and where time is dictated by the unlimited speed of the world wide web, the presence in the media of global scale natural catastrophes defines a new relationship with nature.
Collective interest is no more related to the exploration of the Universe but to the protection of the Earth and of its eco-systems.
Anthropic transformations have to become reversible. Our proposal operates on two different metaphorical levels.
The first one is Noah’s Ark, containing resources for the future; the second one is the harbor. Manhattan is flooded, starting from the New Museum a fleet of ships invades Bowery. A harbor made of repeated Noah’s ArkS appears inside the city.
The projects includes ten stands, each with a different number of arks. Every “ark” is made of a steel frame composed of three modules covered by anti-shock rubber, the central ones (that can be combined in groups of two or three) and the wings. Each ark has from one a maximum of four poles in FeB44K 12mm, sustaining a sail made of row industrial fabric.