The House of Fairytales 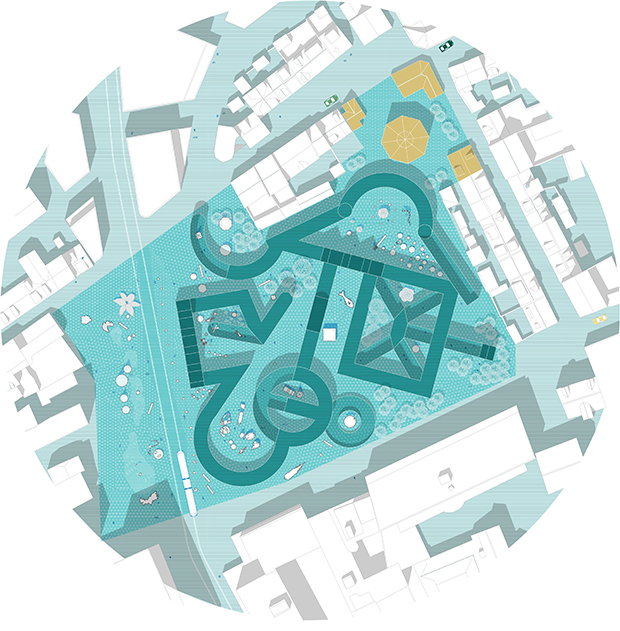 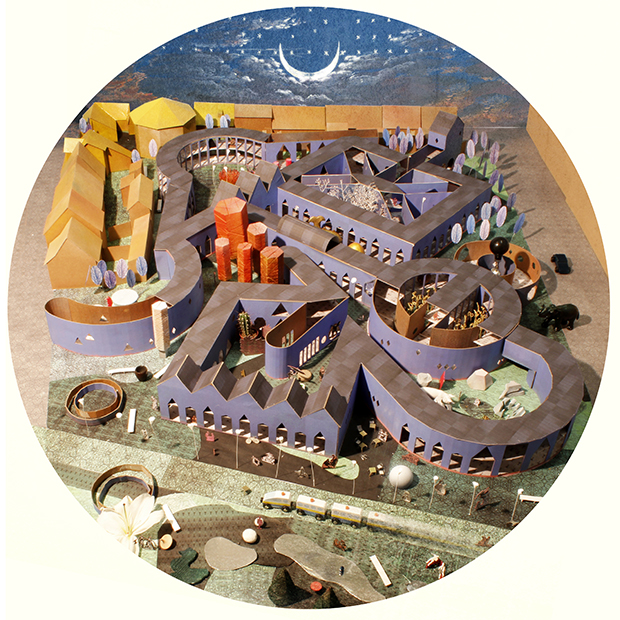 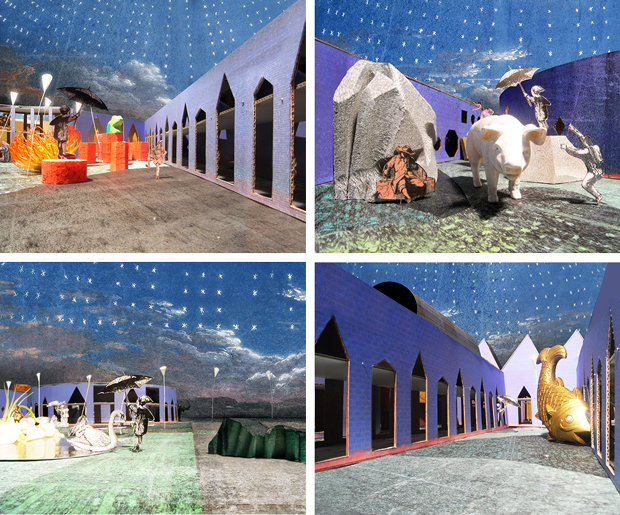 with:
PIOVENEFABI and Davide Rapp

description:
Both the design brief and the new setting of the proposed masterplan by the city compose several oppositions which will form as a guideline throughout the design process.
These productive oppositions are known architectural terms such as open/ closed, public/ intimate, inside/ outside, etc. But more important for us is the threshold between reality and fantasy – creating a House of Fairytales inside the real world of the city.
Inside the new pedestrian zone of the Thomas B Thriges Gade, the House of Fairytales is perceived as a solid mass and, in a first reading, tries to express itself as a closed urban block. It is only when one starts to attentively explore this mass that the actual porosity of the project is revealed. Several pocket-squares enlarge the public status on the side of the Thomas B Thriges Gade and lure the passengers into the museum.
The museum is thought of as a unique continuous space, 4 meters wide and 600 meters long, in which the visitors are guided throughout ever-changing directions.
Within this labyrinth, there is an absence of a strict didactical programming, contradicting the conservative ideas of museum organization.
A new perspective is generated by the juxtaposition of the program and the introduction of specific cross-references between the inside, which focuses more on the reality of Andersen’s life, and the outside enclosed gardens, which stages dynamic scenographies depicting Andersen’s fairytales.
Again appears the dichotomy between the real world and Andersen’s dream world that informs every scale of the project and transforms it into a unique whole with clear limits towards the outside but more fragile relations towards the inside. Always when one thinks to understand the scale of the project, new scale-less elements that are set out in the museum’s garden question this understanding.